Busy in a good way

After a season of saying no to a lot of fun and good things, the whole family is back to being busier than ever. Which probably isn't that busy to many families, but it is to ours. But so far, the busyness feels purposeful and appropriate. 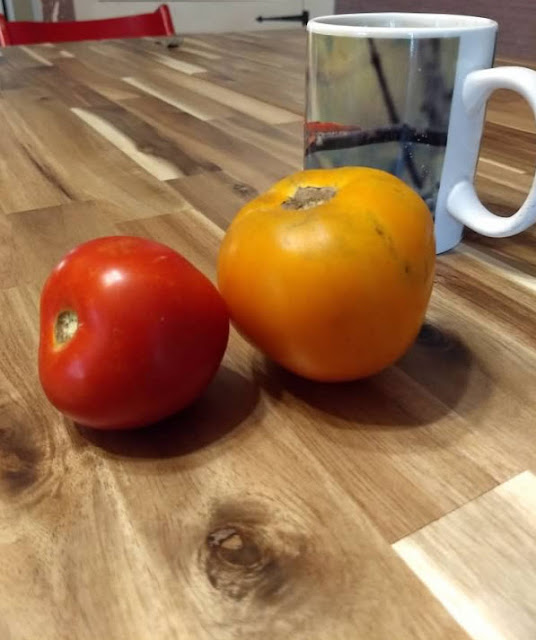 This post contains affiliate links. Read my full disclosure to learn more.
Kids' Activities
Peter walks up to middle school 1-2 days a week (depending on how the 6-day cycle falls) to attend band class and one of those times he has to return a bit later in the day for trumpet class. I bought him this trumpet care kit and he spent some handicraft time learning to take the entire trumpet apart and clean it thoroughly.
So far, he is enjoying his decision to try band, although he doesn't love walking uphill to school carrying his instrument. But it is giving him a new appreciation for the efficiency of homeschooling and he has told his siblings that he would not want to stay at school for so many class periods like the one he attends. The only real problem is that I still expect him to do his regular school work when he gets back and he dislikes being the last one done on those days!
I've also been emailing with a math education major at the local university that may work out as a math "mentor" for Peter to explore interesting topics. In other good news, I've found a university that is offering access to the AMC 8 national math exam and the Kangaroo math exam to anyone who wants to register and pay a small fee so Peter will be able to compete in those. He has been competing in the AMC 8 for the last 2 years and would be very disappointed to miss it. The organization that administers the AMC does not allow homeschools to register and last year it was complicated to get him access to this enrichment opportunity that has become important to him.
3-year-old Harry saw Peter go off to school and he begged to go off to school himself. I could tell that he was really longing for time with playmates. When everyone was 4 or 5 or 6 and under it was so much easier to get out for playdates and library storytimes several times each week.
Harry may be our family's first extrovert so I found a free pre-k program and filled out an application for him to get on the waitlist. After our state instituted a mask mandate for daycares and education settings, several kids dropped out of the program and Harry was able to start last week.
The program is Monday through Friday from 8:30-1:30 so it is a big change not to have him at home. I REALLY miss him and I do not love that he is away so much, but he is so happy to be able to play with kids his age. I'm able to walk to pick him up every afternoon which is good for me and he "doesn't have to be lonely anymore."
It feels good to know that his social needs are getting met while I am able to meet the other kids' needs for a regular schedule. And it gives me a good 30 minutes or more of energy to clean or declutter something that I rarely can find otherwise. For example, I cleaned the filters under my vent hood. Ummm....maybe I never did that before. It was horrific!
John and Sylvia joined AYSO soccer this year and their dad takes them and their younger siblings to the soccer fields 2-3 times a week which is great because it gives me time to walk or clean something. Then we take turns dividing them up and attending separate games on Saturday mornings. They are both having fun and getting a lot of good exercise and time outside. The only thing to make it better is when a frost kills off the insane amount of mosquitos on the field.
After taking both boys for an orthodontic consult, we decided that John is going to start some early treatment with a very minimal palate expander (not like the one I had, thankfully). And to sweeten the deal, I discovered we had some orthodontic coverage in our dental insurance that I knew nothing about! And because of covid relief legislation, we were able to change our FSA deduction midyear to cover our portion of it. A penny saved is a penny earned.
Sylvia's girl scout troop has so much fun stuff planned this year. Last weekend the entire family attended a scout day at a local wildlife park and had a great time. And soon they are visiting a farm to learn about horses and even get to ride one. Sylvia is in a horse phase so this is perfect for her. 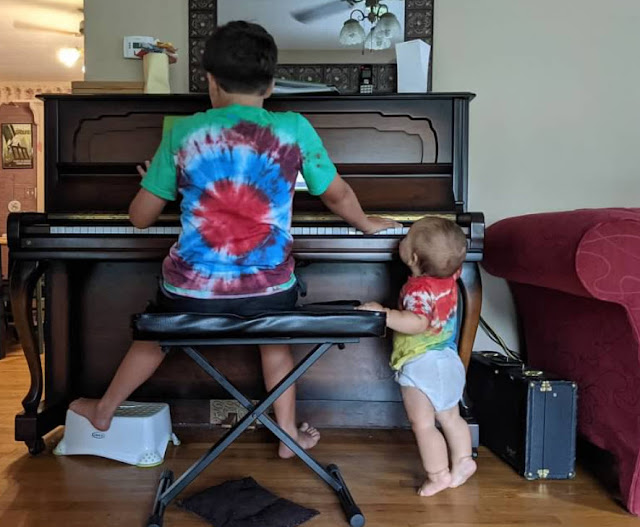 George is a funny 1-year-old who has reached an adorable mimic phase. We especially enjoy it when he "reads" books, plays the piano, or tries to do exercises with us. He seemed to be worried about Harry being missing this week and was extra fussy. He is kind of high maintenance especially because he doesn't walk yet. He started taking a few steps at the end of August, but he prefers crawling. On Monday, he quickly crawled up and into the open toilet bowl! Yikes! Needless to say I am carefully keeping tabs on him and the toilet seats.
Homeschooling
We just finished our first half-term of homeschooling and celebrated with a lovely poetry tea where we all recited our prepared poems and passages. Sylvia decorated the table in a beachy theme with shells, sand, and flowers from Nana's garden. Peter made a chocolate snack cake from his favorite cookbook. We also had hummus, pita chips, oranges, pecans, and Caprese salad with red and orange tomatoes from our garden. 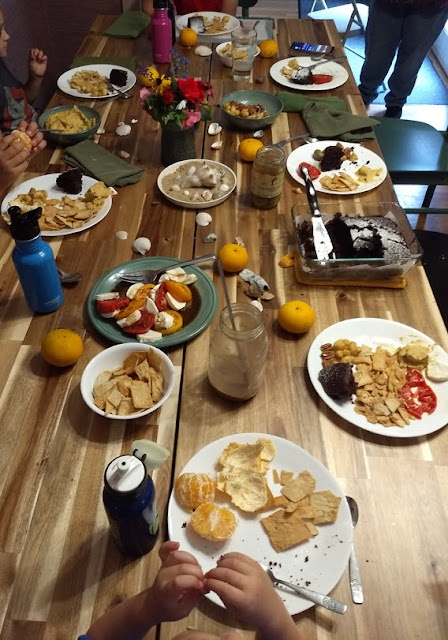 Moving morning time to 10:30 am instead of breakfast time has been a good decision. Not having Harry there because of pre-k is sad. I haven't been able to bring myself to read an Aesop fable without him. We've been reading an Illiad retelling (secretly it is to help Peter with his reading of the full version, but don't tell him that), Turtle Island: The Story of North Americas First People, and some nature books. We are also working through this beginner exercise program and it has been a gentle and doable plan to get us moving daily.
At lunch, we are reading The Door in the Wall (the cover of this version is so much better than the one I have!) which I read years ago, but everyone was young and no one remembers it. We are also reading Swallowdale by Arthur Ransome and the big kids are loving it.
I'm still obsessed with my Library Extension for Chrome and now it is even better since I added Open Library to my settings. I was recently reading a Simply Charlotte Mason post on best books about Asia and several of the books on that list that I would love to read to the kids were on Archive.org so I can check them out for 1 hour at a time and cast them to our tv during morning time. We started this one on Thursday.
Mother Culture
My 2021 reading goals are going well, but I will to have to focus and make more time for reading if I am going to accomplish all the categories this year. As of now, I don't think I'm going to make it. But I'll keep going as if I will finish it and see what happens.
I'm currently reading Ivanhoe by Sir Walter Scott and I am loving it, which is a big surprise for me because I didn't enjoy Scott's Rob Roy. So far, my favorite read this year has been Braiding Sweetgrass: Indigenous Wisdom, Scientific Knowledge and the Teachings of Plants by Robin Wall Kimmerer.
I'm also glad that I finished Uncle Tom's Cabin because it was such an important and widely read book of its time, but I wouldn't have been able to complete it without my goal setting. It was a much more compelling read than I ever expected and had me absolutely riveted to the different characters' storylines, but the subject matter was difficult.
Homemaking
My garden has not been impressive this year, but it still produces so much good stuff. Every week I have all the chard and herbs I need, plus a few zucchini and cucumbers and lots of tomatoes. I've begun stocking my basement for the winter--buying up garlic and potatoes for starters. Plus freezing bell peppers and the occasional batch of surplus tomatoes. Soon, I will add more potatoes, sweet potatoes, pumpkins, and butternut squash.
I've also been busy fermenting. I just finished up 3/4 gallons of sauerreuben (turnips) and added it to my fridge to which I will soon add fermented green tomato salsa followed by 5 gallons of sauerkraut, which is the kids' favorite. I already have 5 gallons of sour pickles and a few gallons of (bok choi) kimchi in there to keep me happy until I make some spring kimchi next May. 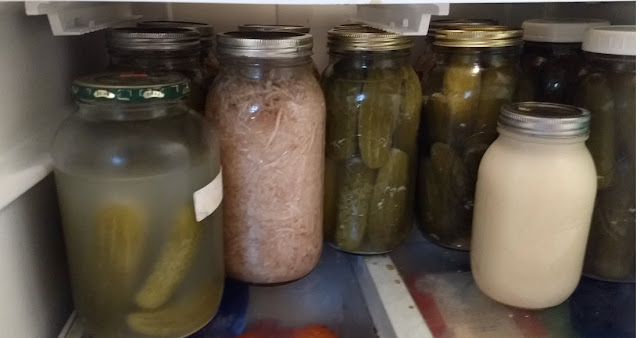 I like putting up the harvest because most of the things I make end up undone at the end of the week. More dinners need to be made and more laundry needs to be done, but at least the preserved veggies feed me well and save trips to the store later.
So these are some of the things keeping us busy these days. What are you reading or pondering? Any new favorite resources or tools?
By Jennifer

Glad to have you here! 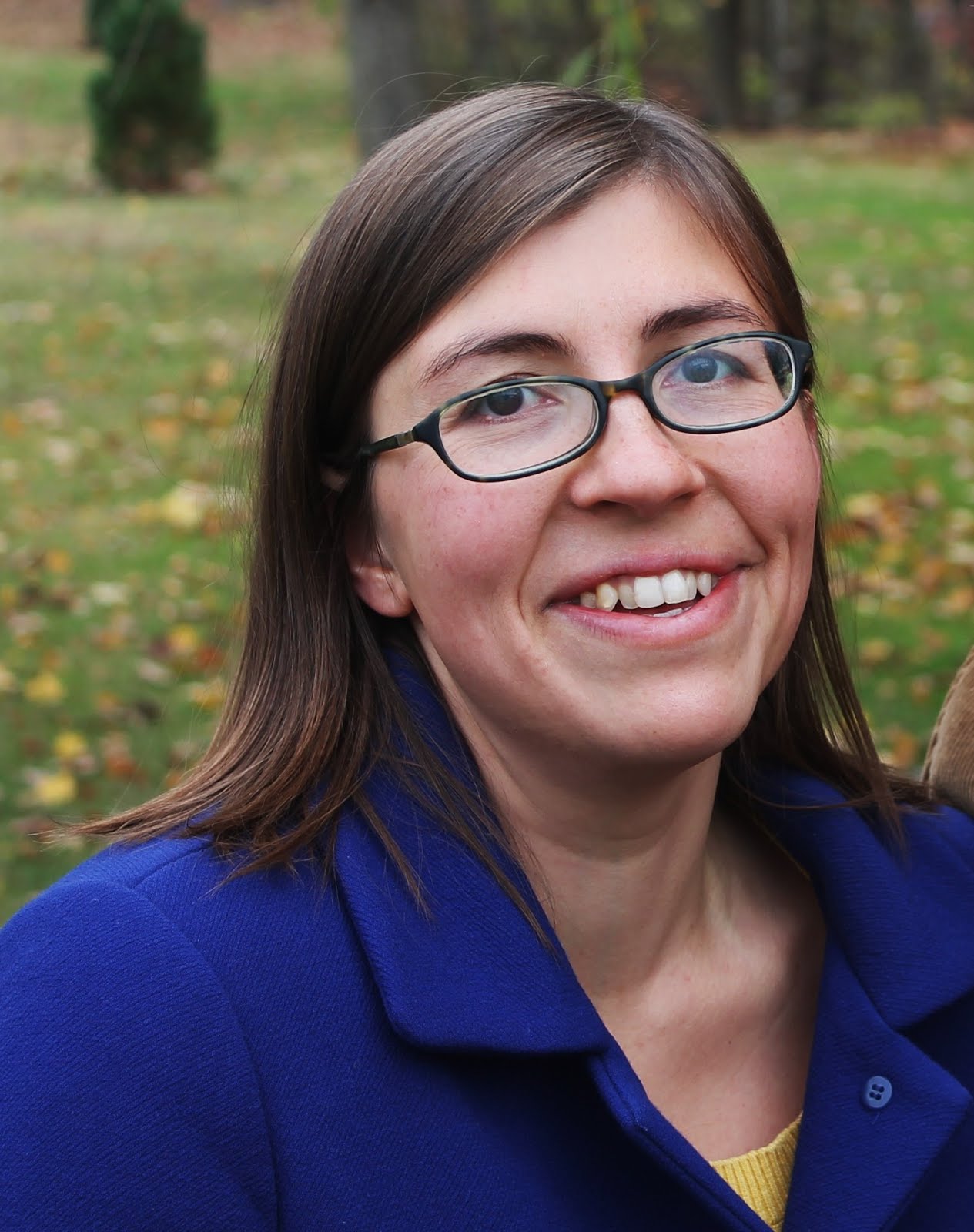 Hi! I'm Jennifer, a full-time homemaker and mother to five children age 11 and under. I homeschool my 6th grader, 4th grader, and 2nd grader following the Charlotte Mason method, with a 3-year-old and 1-year old along for the ride. Read more.

This site uses affiliate links. Read my full disclosure to learn more. As an Amazon Associate I earn from qualifying purchases.